ITC, Bajaj Auto and Hero Motocorp were other significant gainers among Sensex stocksThe domestic stock markets have opened in the positive, extending the gains witnessed in the previous session, on the back of positive global cues. At 9:18 am, the BSE Sensex was trading at 48,7420.55, higher by 68.70 points or 0.15 per cent and the NSE Nifty was at 14,646.15, up 24.70 points or 0.15 per cent. The broader markets are also trading in the positive, with the BSE Midcap index and BSE Smallcap index gaining 0.4 per cent respectively.Asian markets were mostly higher as investors look ahead to the U.S. jobs report due later this week for clues about how long the Fed will stay on hold. Nikkei 225 jumped 1.98 per cent, while the Topix index was up 1.97 per cent and South Korea’s Kospi rose 0.7 per cent. In Hong Kong, the Hang Seng index was up 1.15 per cent.Wall Street’s main indexes and the Dow hit a record high on Wednesday as growth stocks bounced from a steep selloff in the previous session and a survey showed private jobs rose in April. The Dow Jones was up 0.46 per cent, S&P 500 was up 0.54 per cent and Nasdaq Composite was up 0.63 per cent.Meanwhile, oil prices fell on Thursday as gasoline inventories in the United States, the world’s largest oil consumer, rose for a fifth consecutive week although a draw in crude stockpiles helped to underpin prices.Brent crude oil futures fell by 16 cents, or 0.2 per cent to $68.80 barrel by 0123 GMT, and U.S West Texas Intermediate (WTI) crude futures dropped by 20 cents or 0.3 per cent to $65.43 a barrel. Both Brent and U.S crude futures hit their highest since mid-March on Wednesday before retreating.On the stock-specific front, Tata Steel soared more than 4 per cent to top the gainers list on the BSE after the steel major posted a consolidated profit of Rs  6,644.1 crore in the fourth quarter ended March 2021 as against a loss of Rs 1,481.3 crore in the same quarter last year. Other metal shares were also going strong, with JSW Steel and Hindalco adding over 2 per cent each. ITC, Bajaj Auto and Hero Motocorp were the other significant gainers among Sensex stocks.On the other hand, UPL, HCL Teh and Sun Pharma had shed around a per cent each.The BSE market breadth is strong. Out of 2222 stocks traded on the BSE, there were 1414 advancing stocks as against 712 declines.

Retail Inflation Quickens To 6.3% In May, Highest In Six Months 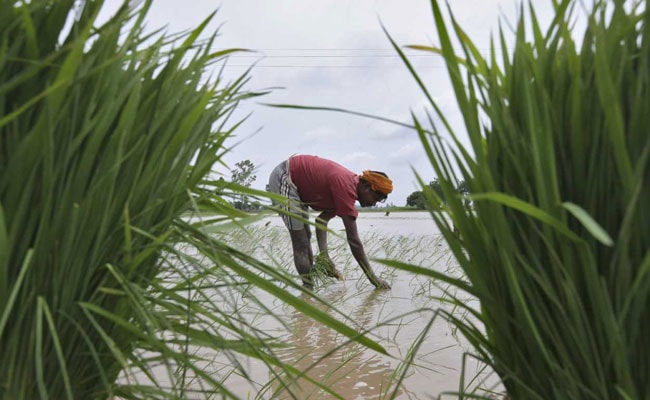 No Change In Petrol, Diesel Rates On Monday