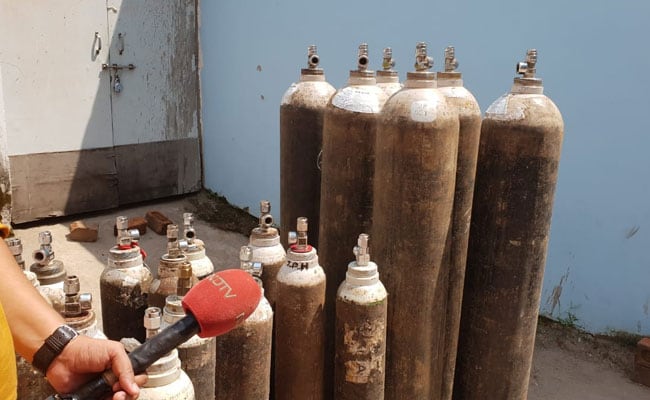 Shares of oxygen gas and cylinder makers rallied in an otherwise weak market session.Shares of oxygen gas and cylinder makers rallied in an otherwise weak market session on rising demand for oxygen gas as Covid-19 infections continue to rise in the country. Shares of Linde India which specialises in making gases rose as much as 10 per cent to hit an all-time high of Rs 2,078.60 on the BSE and Everest Kanto Cylinders which specialises in making cylinders was locked in a 20 per cent upper circuit at an all-time high of Rs 92.25. Shortage of oxygen gas amid very high demand due to rising Covid-19 cases pushing the stock price of these companies higher, analysts said.Hit by the second Covid wave, India recorded 2,73,810 fresh infections and 1,619 deaths in a new record high, taking the caseload to 1.5 crore; 1.78 lakh people have died so far. This is the fifth straight day that over 2 lakh cases were reported.Amid spiralling coronavirus cases in the country, the demand for medical oxygen has gone through the roof. There have been reports of shortage of medical oxygen from several states and Union Territories, including Maharashtra and Delhi.The supply of oxygen meant for industries will now be diverted for medical use in the country as it battles a record surge in the COVID-19 cases in the deadly second wave of the pandemic, said a letter from the government to the chief secretaries of all the states.The government’s move is aimed at plugging the oxygen gap in the country, particularly in the high-burden states – Maharashtra, Madhya Pradesh, Gujarat, Delhi, Uttar Pradesh, Chhattisgarh, Karnataka, Kerala, Tamil Nadu, Haryana, Punjab and Rajasthan – the letter from the Home Secretary’s office said.As of 12:30 pm, Everest Kanto shares traded 17.95 per cent higher at Rs 90.70 and Linde India was locked in a 5 per cent upper circuit at Rs 1,978.25.